2 Ways To Handle Dents In Your Car

Getting a dent in your car can be really frustrating. If you have a dent, you may want to get it repaired as soon as possible. The dent can cause problems with your cars, like letting moisture in under your paint job, which will allow your car to rent. You have different options when it comes to repairing the dent in your car.

One of the options you have for dent repair is to get a DIY kit. You can pick them up at just about any auto parts store. You may also be able to find the kits at home improvement box stores. There are various kinds of kits out there, so you will need to take a look at them to see if there is one that you feel more comfortable using. One of the more common kinds of kits has a suction cup that you would attach to the dent. The kit will have a tool that attaches to the suction cup that can be placed around the dent. The tool generally has something like a screw on it, and as you tighten the screw, it pulls the dent out of the car. If you have a shallow dent, you may also be able to pull it out with something like a plunger. But, that method generally doesn't work on a metal car body, and you might want to heat the area up a little so that it is more pliable before you try to suck it out.

If you don't feel like you want to mess with the dent or it's a big dent, you might want to go with another option. That option would be to call a professional and have them do it. You can take your car into an autobody shop and ask them to take a look at the dent. This would be a good idea if you have a really big dent or your car is relatively new or pricy. If your insurance covers dent repair, the autobody shop may be able to bill your insurance directly so that you don't have to do anything. The autobody is going to have several ways that they can get the dent out, including replacing the panel that the dent is on.

If you have a dent in your car, you need to get it taken care of quickly. There are different ways that you can do it. You could choose to do the work on your own, or let the professionals handle it.

Read in about 2 Minutes 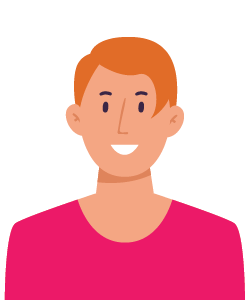 If your home has been flooded, you might be feeling devastated. We know just how tough of a situation this can be, so we have compiled a guide to help you with restoring your flooded home. Learn more about restoration services and how they can help you with cleaning out and restoring your flooded home here. You can also read blog posts about dealing with mold, why you shouldn't try to clean and restore your flooded home yourself, and much more. Even though you're in a tough situation, we think our helpful blog will give you some valuable pointers while you're trying to move forward.